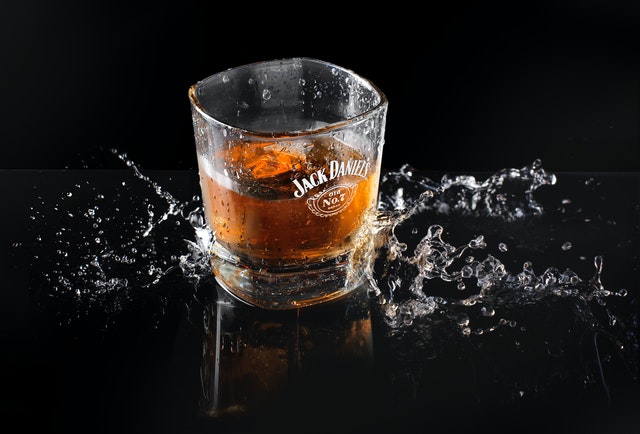 Most people who have ordered a cocktail before have probably tried mixed drinks containing whiskey and bourbon. The naming can be confusing, and there are legal reasons why drinks are branded with certain names. How it is named is based on where it was made or the grain recipe. Knowing how popular they are in basically every bar in the world, most people do not even know what the difference is between whiskey, bourbon, and Scotch.

Here are the differences between them:

All Scotch is whiskey, but not all whiskey is Scotch

While it is a broad term, there are several different types such as bourbon, Irish whiskey, Scotch, malt whiskey, etc.

Malt whiskey is typically made with only barley, but that is not a legal requirement in the United States. In Scotland, you can only label a malt whiskey if it was made from barley. So, it is important to remember that there are laws that govern how spirits can be labeled.

Irish whiskey is a little different in that it may contain a portion of unmalted barley which gives it a unique taste. This is called the pot still method. In addition, it must be made in Ireland, and it is usually triple distilled.

Scotch is whisky that is made in Scotland. Dewar’s Scotch Whisky is a common brand that most people may be familiar with. So it’s mash comes from grains of corn, rye, barley, or wheat, but it cannot be made in a different country. Another thing that defines Scotch is that it must be aged at least 3 years in used barrels. It cannot be aged in new casks or barrels.

Scotch distillers will usually purchase used bourbon or sherry casks. This is a perfect relationship because American distillers must use new oak charred barrels to make bourbon, and Scotch is made using used barrels. Much of Scotland is deforested, so there is not an abundance of Oak to go around. They will typically import a lot of bourbon barrels from America to make their Scotch whisky.

Notice that whisky is spelled without the “e” in Scotland.

Single Malt is one type of grain that is aged in a used barrel. When it comes to reading Scotch labels, you must look at the words separately because it can get confusing. Single malt does not mean 1 malt because the word “single” is used. Single means one distillery. In Scotland, malt means it was made with only barley, so “single malt” means whisky made from barley by one distiller.

Single Grain means that it was made in one distillery, and it contains more than one grain. Yes, that doesn’t make sense, but you have to remember that each word has its own definition. It means one distillery grained whisky.

Blended Malt is scotch whisky that is made from only barley, but it comes from more than one distillery. Not every distiller is run the same way, and you have to remember that if you start from scratch, your business will have to wait a minimum of 3 years to have scotch ready for sale. A business can take aged malt whisky from several different distillers, and then they can age their mix for a short time period. This way, they don’t have to wait years to have a product on the market.

Blended Grain whiskey is made from different grains, and it comes from more than one distillery.

For something to be labeled bourbon, it must be made in America. Folks in Kentucky will argue that only true bourbon is made in Kentucky, but anywhere is the US will do. Granted, most of the bourbon in America comes from Kentucky. For Federal Standards, it cannot be made in any other country in order to carry the bourbon classification. In addition, its mash bill must contain at least 51% corn.

The difference between whiskey and bourbon is that a bourbon is a style of whiskey that must meet certain criteria for it to have the official label of bourbon.

A mash bill is the mix of grains used to make a bourbon. We know that for bourbon, 51% is required to be corn. But what about the other 49%? Typically, bourbon uses 3 grains; corn, rye, and barley. For example, Jim Beam would be something like 77% corn, 13% rye, and 10% barley. The mash bill will affect the taste of the bourbon as each grain imparts a unique flavor profile to the spirit. It is heavy on corn, and rye is the primary flavoring grain.

Bourbon must be aged in new charred oak barrels which is different than Scotch which must be made in used barrels. For it to be called straight bourbon whiskey, it needs to be aged at least 2 years. Each distiller will vary the amount of char that is burnt into the oak barrels. The different levels of char will affect the flavor profile as well. We typically mention oak barrels as that is the standard, but any charred oak container satisfies the requirement.

When distillers are making alcohol, they can use new or used barrels. Using a repurposed barrel like an old wine cask will impart unique flavors into the alcohol. Bourbon, is not allowed to do this.

When it comes out of the still, it must be no higher than 160 proof, and it has to be bottled at 80 proof or higher. The last factor to consider is that it must only use water for flavoring, and it cannot use caramel, etc. to add flavor.

Traditional bourbons are Four Roses, Jim Beam, Wild Turkey, and Evan Williams. Products like Maker’s Mark are called High Wheat bourbons, and they have a more smoother character with notes of nuts and cinnamon.

Rye is whiskey that is made with a mash bill that contains at least 51% rye. It is similar to bourbon but not quite as sweet due to less corn in the mash. It also tastes a bit spicier. There are rye whiskeys on the shelf that are 51% up to 100% rye in the mash. To get a good understanding of a rye vs. bourbon, a good start would be a 95% or 100% rye drink.

Both Bourbon and Scotch are types of whiskeys. Single malt Scotch is made with barley, and it is produced only in Scotland. Bourbon is made primarily with corn, and it is only made in the United States.

How Whiskey Is Made

The word whisky is derived from the Gaelic Uisge Beatha which means water of life. Eventually, Uisge became Usky, and then eventually, it became whisky.

Scotch whisky is made with 3 ingredients: barley, yeast, and water.

First, the barley is malted by being steeped in water, and then it is spread out on a malting floor. This helps it produce the sugars that will be turned to alcohol in a later step.

Next, the barley is dried in a kiln. You can notice the pagoda shaped chimney on distilleries in Scotland. Sometimes, the kiln uses peet which will help to impart a unique flavor.

Following this, the barley is mixed with water to create wort. This is the foundation for malt whisky, and at this point, it does not contain any alcohol.

The alcohol is transferred to used casks or barrels. These usually come from old bourbon or sherry barrels. The alcohol must mature in the barrels for at least 3 years in order for it to be legally called Scotch whisky. Three years is the minimum, but they can certainly be held for much longer which will change the taste of the alcohol. This aging process gives the spirit its natural color, and it imparts flavor into it.

A Master Distiller will check the whisky to ensure that is ready to released and sold. The majority of Scotch whisky is exported out of Scotland.