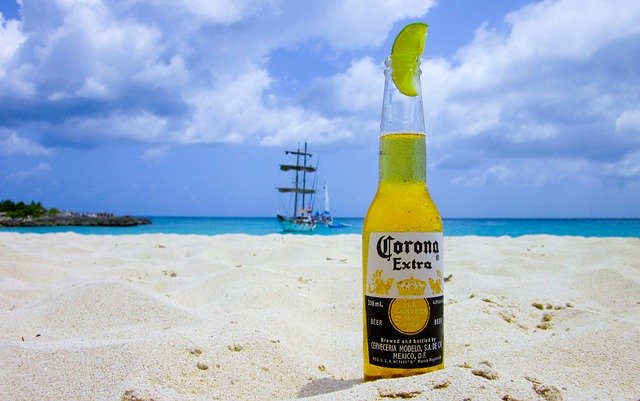 When it comes to beer, big things come in little packages. Well, not really. But what is a Coronita? A Coronita is a regular Corona beer, but it is in a smaller 7 oz. (207 ml) bottle.

A regular Corona is in a 12 oz. bottle. The actual contents inside the bottle are the exact same. The only difference is the size of the package that it comes in.

Corona comes in Extra, Light, Premier, and Familiar. Extra and Light are the 2 most popular choices by far.

The smaller bottle only comes in Extra.

So, what’s in it? Glad you asked. It contains: Water, Barley Malt, Non-malted Cereals, Hops

Next time you hit the lake, you may turn on some hot country songs and grab you a pack of Coronitas because the normal bottles are just too big.

“You can have any brew you want, as long as it’s a Corona.”

The kicker to all this is what is Corona beer called in Spain? Well, the regular size bottle is called Coronita. That is because the name was trademarked earlier by a winemaker.

So, if you are in Spain, it means the regular size. Honestly, I am not even sure they sell the tiny size there.

If you thought that was confusing, wait till you go down to Mexico, where the beer originated.

Down there, it is called ampolletas.

Having said all that, let’s not confuse it with a Coronarita which is a bottle turned upside down in a Margarita. (Can someone just toss me a cold one already….)

How Much Alcohol Is In A Coronita?

A Coronita has 4.6% alcohol by volume.

How Many Calories In A Coronita?

It has 81 calories compared to a regular Corona with 148 calories.

What Does Coronita Mean?

First, what does Corona mean? It means crown in Spanish. The endings “ito” or “ita” added to a word just mean little.

Corona Extra has been in the United States since 1981. It became the fastest growing import beer in America.

Currently, it is the #1 selling import in the US. Fortunately, we also have a tiny version of it now.