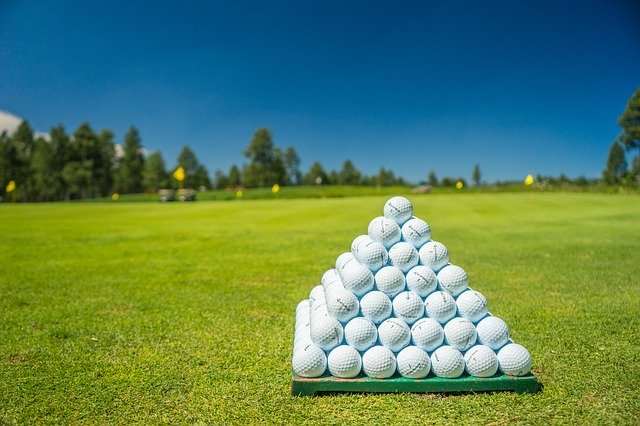 Over the history of golf, there have been multiple types of balls used by golfers. For example, we have had wound balls, solid core balls, and balata golf balls.

What exactly are balata golf balls? These are balls that are made using a naturally occurring rubber-like material. This soft coating was on the outside covering of the ball, and this allowed it to have higher spin on higher loft irons like wedges. While it had a higher spin rate, it also did not travel as far.

This gave it a significant advantage to skilled golfers, but it was a disadvantage to high handicappers. Golfers who did not have the best precision when striking a balata would often strike the ball instead of hitting under it properly. The would cause it to be easily cut and the ball would not sail well on the shot. In addition, it would basically render the ball useless as no serious golfer would hit an uneven and unpredictable ball.

What Exactly Is A Balata Golf Ball?

The outer coating on a balata, basically the white part that you see, is made from the sap of the Balata tree. The Balata tree grows in Central America and the Caribbean.

The tree is tapped, and the sap is removed. It is then allowed to dry to form an inelastic material. This rubbery substance was used to make the ball.

Advantages And Disadvantage Of A Balata

This ball was known as a Professional’s ball simply because it was very difficult for a high handicapper golfer to use. A Pro golfer has a precise swing with a lot of control. He or she could easily hit a perfect iron shot or a wedge shot to the pin.

However, a golfer who is not quite as skilled will often slice and miss-hit the ball. Because of the softness of the material, the ball would easily be cut or dented. At this point, it was basically trash, and a new ball had to be used. Also, golf courses are filled with cart paths, rocks, and other hard surfaces. A well hit balata onto a cart path would scratch it really good, and the ball would become useless.

In addition to that, a high handicapper does not have the control of a pro on short wedge shots. There is really no need for a ball that provides better spin to a golfer who doesn’t spin it properly on most shots. This made the ball practically useless for someone who hit in the high 80’s and up.

The price of these balata “professional style” balls was usually higher than other balls, so unless your goal was trying to look more like a Pro, they were not really the best choice for unskilled players.

Do Golfers Still Use Balatas

The balata has basically become obsolete due to newer technology. Newer golf balls have the ability to be hit further distances, and they can provide as much control and spin. If you can have the spin of a balata and better distance, why would you use one now?

You can still purchase some but they are usually sold on e-bay.