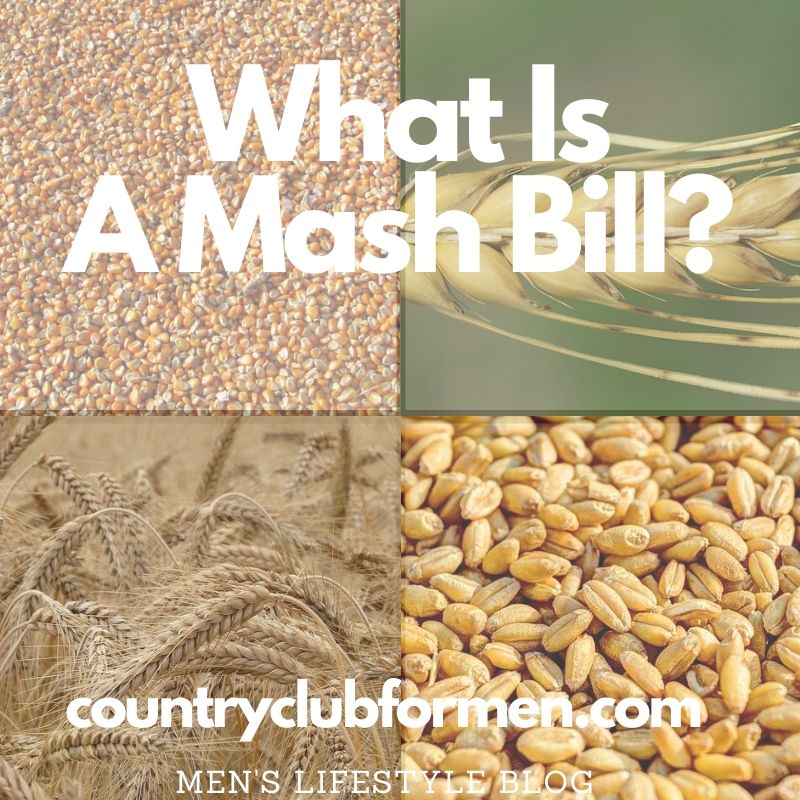 If you do any research into bourbon or whiskey, the phrase mash bill will likely come up. This is an American phrase, but what does it mean?

Mash bills are basically the recipe of grains that are used to make a whiskey or bourbon. Whiskey is traditionally made with grains of corn, barley, rye, or wheat. The mash bill is the percentage of each grain that makes up the mash.

There are several things that determines a whiskeys flavor profile. One example is how long it is aged in a barrel. Another thing that can alter the flavor is how much char is put into the barrels. The mash bill also plays a huge role in the flavor profile of each whiskey. Each grain provides a unique flavor profile to the whiskey. If you look at the mash bill for a common bourbon like Jim Beam, it has a mix of 77% Corn, 13% Rye, and 10% Barley. Of course Jim Beam has an assortment of different bourbons, but many of them use the same mash bill. It is common for a distiller to have one mash bill. So, if their mash is the same, how do they taste different? They will use different methods in the process such as aging, or barreling the bourbon twice (twice barreled.) This allows them to keep the same mash, but they can change the flavor profile through other methods. As an example, you can visit the Jim Beam website, and they detail how their bourbons are different and what makes each one unique.

The most common ingridients in bourbon are corn, barley, and rye. Usually, there will be a main grain, and the second grain will be the flavoring grain. Barley as a third grain is used for fermentation.

Corn is one of the main ingredients in a whiskey mash bill. For bourbon, it has to make up at least 51% of the mash. The average range for most bourbons will be 65%-80%. Corn gives vanilla and maple syrup flavors.

Malted barley is an aid to fermentation. It helps to convert the starches to sugars which is an integral part to making alcohol. The average range is 5%-10%. Irish whisky is traditionally made with a little bit of unmalted barley added to the mash. This gives Irish whisky a unique flavor.

Rye provides a spicy, peppery kick with a little cinnamon. It provides more bite to the drink, and it is generally used as a flavoring grain. You can pick up a bottle of Rye whiskey to get a good idea of the flavor profile that it adds. A general range is 8%-35%.

Wheat grain provides a subtler note that is a little sweeter. It will impart notes of toffee and vanilla. A good wheated bourbon to try is Makers Mark, and a common range is 18%-20% wheat. A wheated bourbon will generally use wheat instead of rye as the flavoring grain which will give it a softer taste.

In this mash, both wheat and rye are used to flavor the whiskey. So, all four grains are used. Most of your large distillers don’t do this, but some of your smaller craft ones will dabble into this style.