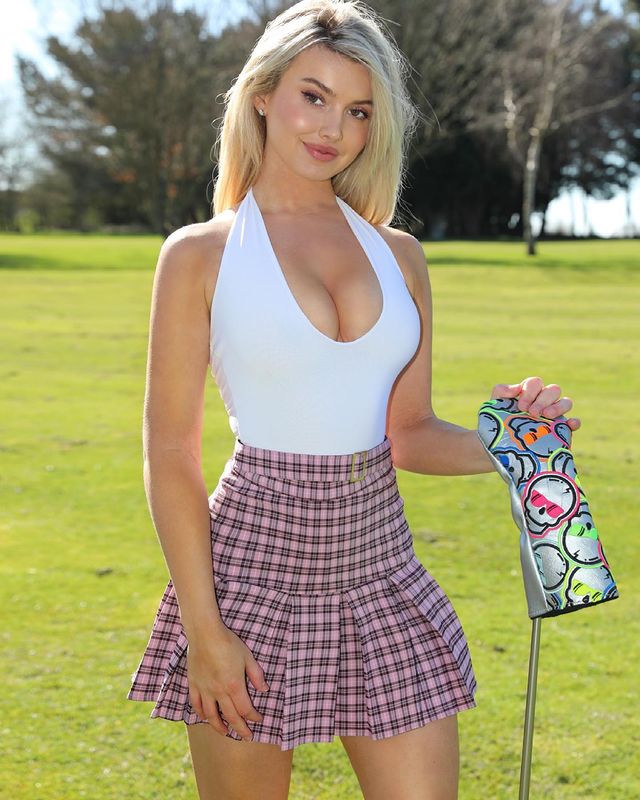 Lucy Robson burst on the scene because of her incredible golf skills. She parlayed those golf skills with her ability to market herself as a brand. She is a successful influencer on Instagram.

Her social media presence is growing as she is nearing 1 million followers on Instagram at the time of this writing.

She is a self described introvert and shy person. When she moved to Florida from the UK, people picked on her because of her accent.

She started college at the University of South Florida, and she was on the golf team. She transferred to Cal Poly and graduated from there in 2017 with a degree in Marketing

Lucy was the Treasure Coast Player of the Year in 2012 and 2013. She was also the Scripps Newspapers Treasure Coast Golfer of The Year at the end of 2011.

At the next level, she played golf at South Florida. Lucy received a scholarship to go there. She stayed there for two years, and then transferred to Cal Poly. According to Lucy, it was a struggle to balance being a student athlete and a student.

Lucy Robson is an excellent golfer, and she is one of the best female golfers in the world. She is not currently a professional golfer, and she does not play on the LPGA.

Lucy Robson’s net worth is upwards of $1,000,000. Her income comes mostly from paid sponsorships from social media influence. There are no hard data to back up these earnings, and this is an estimate based on follower totals.

Lucy also gets some income by doing Cameo videos.

These stunning images of Lucy Robson will leave no doubt as to why she made our list of hot female golfers for this year. Whether she is at the golf course, working out, or in a bikini, this gorgeous lady golfer is stunning to look at.