Difference Between Alligators and Crocodiles

Alligators and crocodiles are some of the most feared reptiles in America. They both look like giant lizards that swim with large teeth and big tails, but what is the difference between them?

There are 8 main differences between alligators and crocodiles.

More often than not, you are going to see more alligators. Their habitat covers a much larger area, and they are not afraid to sneak into neighborhood ponds. These are some strong monsters who are pretty fast too.

Let’s take a look at the 8 differences:

One of the easiest differences to spot is the teeth. When an alligators mouth is closed, only its top teeth are visible. Sometimes, you may not be able to see any teeth.

When a crocodiles mouth is closed, you can see its top and bottom rows of teeth. It definitely looks more scary, but crazy enough, you would rather accidentally run into a croc over a gator? We will explain why later in the article. It could be because we watched this movie.

Alligators have a wider upper jaw because of how they hunt prey. Crocodiles hunt different types of prey so their snout is designed for what they can catch.

Another difference is the snout. This may not be the best indicator because a snout can change shape during aging.

Crocodiles have a pointed narrow snout. The reason for this is the type of prey they hunt. They are found in saltwater and usually hunt smaller things like fish. They can grab onto them quickly and thrash them around.

Alligators have a broad snout. Their broad snout plays a role in what type of prey they hunt. They like to grab onto deer, rabbits, racoons, or any other small animal that comes near the water’s edge.

Their powerful jaws allow them to grab hold of bigger prey and clamp down without letting go. This allows them to crush their prey to death. Sometimes, they will use this to drag their prey underwater to drown them.

If the animal is too large to swallow, they will stuff it under a tree or something to keep it underwater. This allows the corpse to soften up for later snacking.

ISO’s are also called Dermal Pressure Receptors. These are tiny little dots that are located on both the reptiles.

They are not completely understood, but they serve a role in pressure changes, prey movement, and sensory roles. It basically helps them understand what is happening around them.

Alligators have them all over their head except for a portion on the top. Crocodiles have these sensory receptors on their head, body, and feet. This is another feature that sets them apart from one another.

Now, we don’t recommend getting close enough to see for yourself. But, it is a good way to tell them apart from a picture or movie.

Alligators have a dark, almost black color, while crocodiles are more lighter. Their lighter color allows them to blend into their environment better to stay hidden.

This is usually coastal areas with sand and shallow saltwater. A gator would stick out like a sore thumb in clear saltwater by the beach.

The alligator’s habitat is freshwater ponds, lakes, swamps, and rivers. The water is more dark and murky so he fits right in here.

Both of their bodies are covered with tiny bony projections called scutes.

Scutes are bony plates inside their skin. It is basically their armor for protection. There are noticeable differences in the scutes on their tales though.

The tail of a crocodile has longer scutes. This allows them to accelerate and swim fast. The gators scutes are more blunt.

Another difference between a crocodile vs. an alligator is their environment or habitat.

Alligators typically are fresh water creatures, and you will find them in lakes, rivers, ponds, and swamps. This could even be in a rural setting.

Crocodiles usually are saltwater creatures that live in coastal areas. They have functioning salt glands on their tongue.

Alligators also have salt glands on their tongue but they do not function.

The only place in the world where their territories overlap is in the Everglades in South Florida.

So, if you see one of these nasty beasts while boating a river in central Georgia, odds are that it is a gator and not a croc just based on environment.

Earlier we discussed which would be worse. Would it be worse to happen upon an American Crocodile or Alligator in the wild?

In our opinion, and according to the experts, American crocs are more mild tempered and shy. Alligators, especially in states that have a lot of them, are more accustomed to being around people.

This makes them a little more bold, so we would rather run up on a shy croc any day over a nasty gator.

Either way, both of them tend to be wary of humans (usually.) Yes, we know there are news stories of attacks on people which is why we said usually. So, if you happen to walking by the rivers edge, you would likely just scare it back into the water.

Check out this video of a golfer casually shooing this vicious creature back into the water. He’s got bigger stones than we do.

A great example of this is Steve Irwin. Back in the day, this man would amaze people by just diving head first in murky water because he “saw something move.”

The camera would pan and show him swimming right by one of these gnarly animals. It would just sit there and ignore Steve. There would be no aggressive attack on him.

This spawned a whole slew of adventurers risking life and limb filming these magnificent creatures.

A full grown adult crocodile can reach up to 18-19 feet which is much larger than an adult alligator which has a full size of about 14 feet. But if we are looking at species in America, then crocodiles are a bit smaller at 10-13 feet.

Who would win in a fight between them? According to AnimalScience, there are 3 criteria to judge this on.

Because of the gators larger snout and powerful bite it wins the strength category.

In agility, the croc wins due to slightly better webbing on its feet as well as better snutes on tail for quick and fast swimming.

In the area of defense, the croc takes this because it has more bony plates on its body which means more armor!

In this battle, the crocodile takes 2/3. 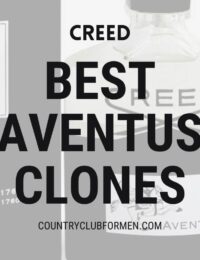 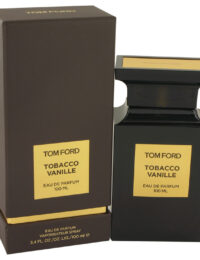 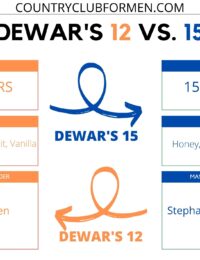